A bit of progress and a day out

Posted by Rupert Connor on Sunday, April 28, 2013 Under: Construction
We managed to lay another length of track during the last week. Originally we were going to build in the pair of points leading to the proposed station branch somewhere along this section. Instead we decided to lay plain track for now, in order to get the basic oval of track laid and give us a long (up to infinite!) length of run as soon as possible. We will be working out exactly where the points are going to be so that we can incorperate rail joins at the right places to allow us to simply lift out the relevant section of rail and replace with points in the future.

We had to go to Arbroath on Saturday, so we took the opportunity to visit Kerr's Miniature Railway. Karen liked the look of a works wagon sitting outside the engine shed, particularly the way the sides and ends could be simply removed to convert it into a flat bed wagon. A KLR version will have to be built,,,,,,,,,,,,,,,,sometime. 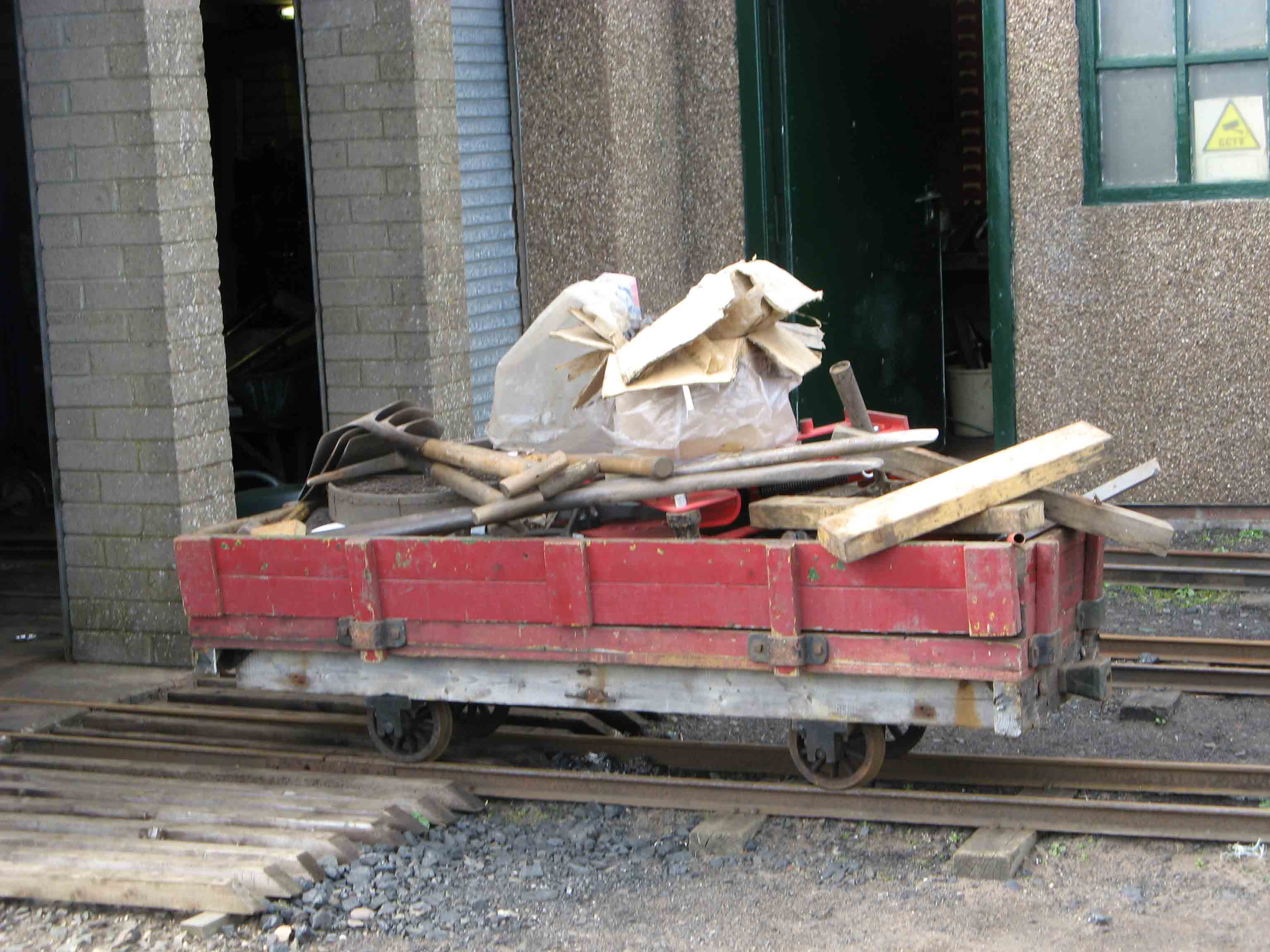 Whilst at Kerr's Miniature Railway we had an enjoyable chat with John Kerr about various miniature railway topics, including about the KMR steam engine 'Firefly' which is soon to go on tour to the South of England. This was of interest to us because Firefly will be visiting Hastings, which is where we lived and remember her operating from our childhood days. Should anyone photograph Firefly whilst at Hastings we would be interested to see how things have changed since this picture (below) was taken in the late 1970s or early 1980s. 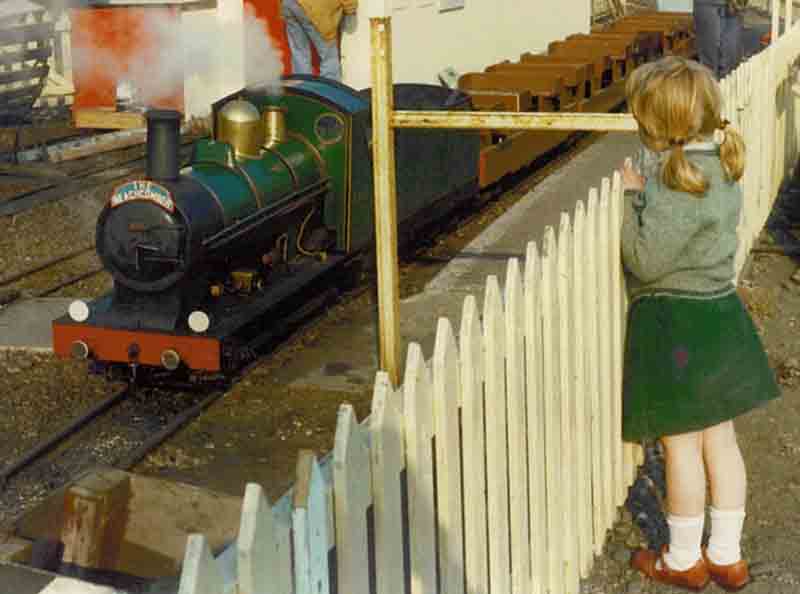