Posted by Rupert Connor on Friday, August 7, 2015 Under: Bridge
A few days ago we completed one abutment at last. Final stage was to fix in place the plate to which the main beams will be attached. Decided it would be a good idea to drill and tap some small holes in the plate and use bolts in these holes to allow precise adjustment and get it perfectly level. The bolts were removed and holes filled after the grout it rests on had set, leaving a perfectly flat steel plate to fix the main beams to. The plastic bags in the background of the second picture were used as frost protection as the weather prediction for this part of the world suggested this was a wise precaution despite it being supposed to be the height of summer! 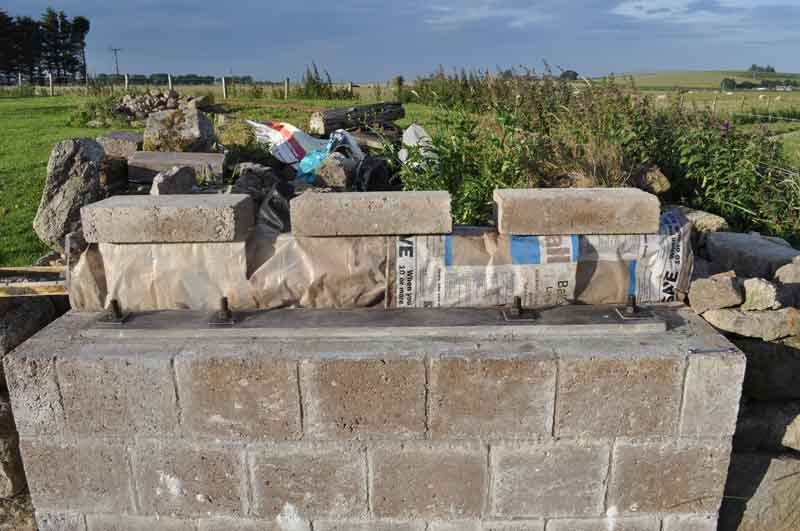