Posted by Rupert Connor on Sunday, April 26, 2015 Under: Locomotives
Recently we decided it was time to replace Helen's banana shaped buffer beams and wonky buffers. Previously the buffer beams were made of poor quality knotty softwood, and one of the front buffers was particularly squint because we had failed to notice that the bolts that hold them in place (not positioned by us!) were not in line. We hope you will agree the new steel buffer beams are an improvement. 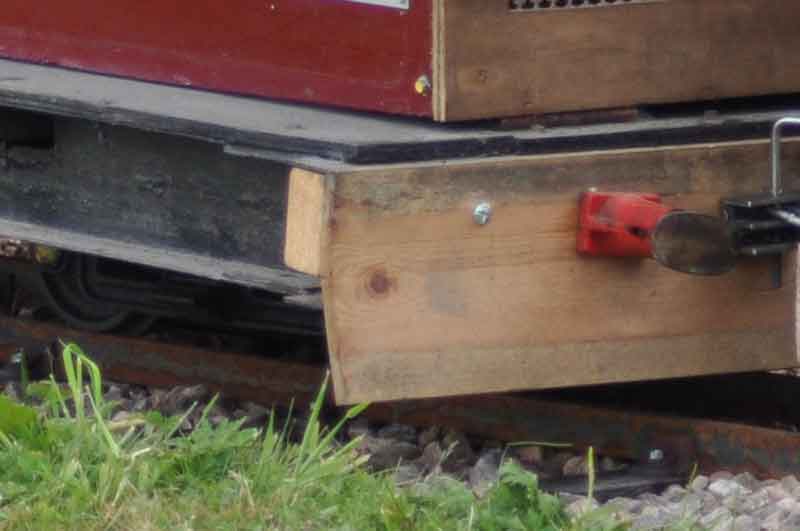